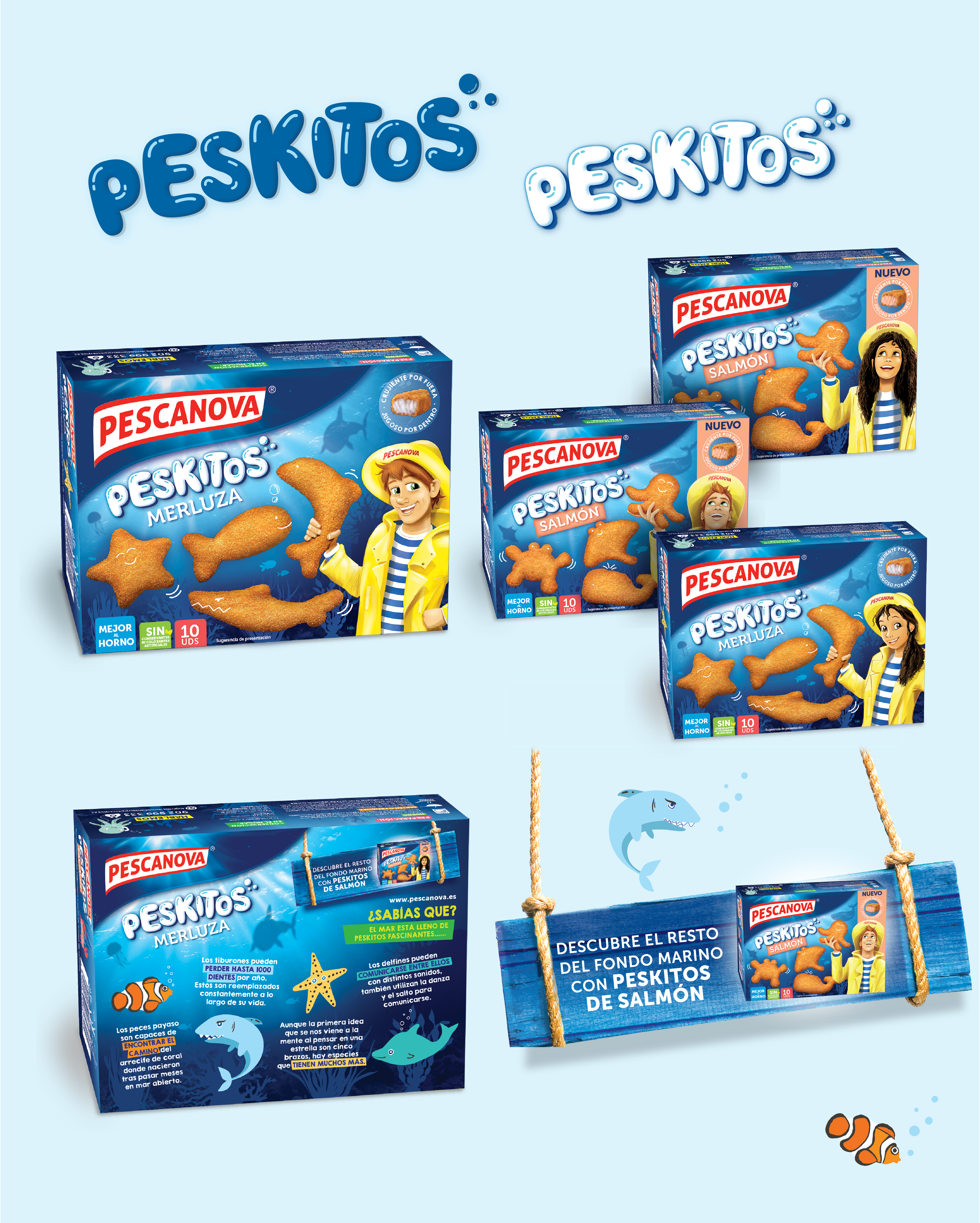 Pescanova approached Julius to re design Peskitos, one of its star products, coinciding with the launch of a new salmon variety. We developed a strong concept which communicated both to the mother and child, through the fish figures which were given personality through the use of illustration. A sub brand was developed which used the idea of  bubbles under the sea and many details were created through the use of illustration and interesting facts about the fish in the pack which could encourage a dialogue between the mother and child through the pack.